What a great promise.  Here is the link to Politico’s coverage.

And here is the genuine un-retouched photo from the Workers’ Paradise. 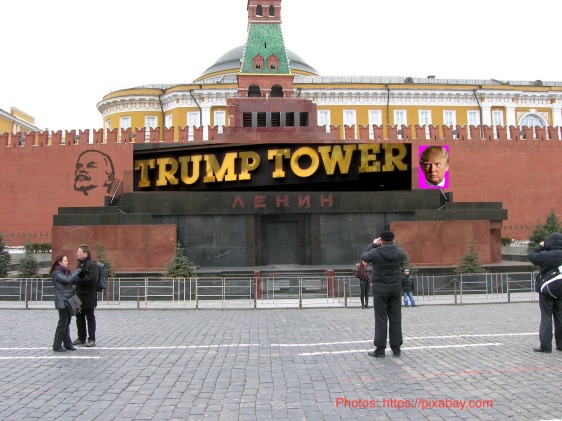 By the way, I heartily recommend this recording now from Smithsonian Folkways, My Darling Party Line: Irreverent Songs, Ballads and Airs.  As the site says:

“This album is for you if you belong to any (or all) of the following categories; (1) present radicals, young or old; (2) former radicals with a nostalgic bent; (3) “Sovietologists,” “Kreminologists” and sundry other experts and students on the Communist movement and ideology; (4) regular readers of The New York Times.” These categories seem somewhat limiting now, as just about anyone is capable of enjoying this collection of music sung by Joe Glazer and his colleague Abe Brumberg.

The policy turmoil in the new GOP “Workers’ Party” might be best reflected in this song from the 30’s Our Line’s Been Changed Again (sample and download).

p.s. My father, a columnist on communist affairs for the Guardian and the Washington Post, was at the launching party of this album in 1968, and the singers indeed dedicated “Sovietology” to him at the party.

The opinions expressed here are totally those of the blogger, Richard Zorza, and/or of any individual commentators. No inference of any kind should be drawn about the positions or views of individuals or organizations with whom he or they might be associated in other contexts.

Most Recent Politcs and Humor Posts

Nixon, Trump and the Nexis Between Evil Policy and Core Crimes

How the Access To Justice Movement is Helping Constrain Trumpism

Becky Sandefur is a MacArthur!!!

Where the Investigation is Headed: Some Propositions

What a Real Apology Takes

The Corporate Response to Trump

Reent Comments on My Posts (Moderated)

Copyright reserved, 2016-2017, but please use freely if non-commercial.